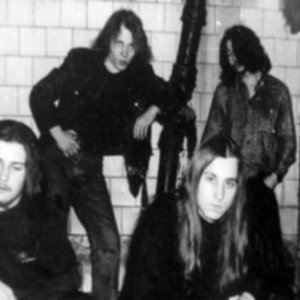 The Canadian band was founded in 1974 by Pierre Gauthier. They released 3 albums. The last "Night & Day" (released in 1977) was a relative succesw. On it "You Really Got Me", wich sounded as if Giorgio Moroder produced it. This became a club hit.

Swedish melodic rock band was formed in Stockholm in 1999 by singer Erik M?rtensson. After having produced a 4 track demo himself, he landed a deal with the English located Z records. To produce what was to become the first Eclipse album,he completed the line-up with Magnus Henriksson (Lead Guitar) & Anders Berlin (Drums & Keys). The first album "The Truth & a little more" was completed and released in 2001 on Z records. It also included guest performances by the legendary Europe guitarist Kee Marcello and Mats Olausson (ex Yngwie Malmsteen) In 2003 they landed a deal with Frontiers records and released their 2:nd album ?Second To None? which was a highly critically acclaimed album among the melodic rock audience. This time the line-up featured Erik M?rtensson, Magnus Henriksson, Fredrik Folkare (bass), Magnus Ulfstedt (drums) and Mats Olausson was once again hired as a ?stunt-keyboardplayer? in the studio. The album promised to appeal to all fans of such bands as Talisman and Europe due to the heavy guitar approach and the big melodies of their songwriting. Also this record got very well reviewed in the melodic rock audience and created a faithful and strong following for the band. Due to difficulties within the band and line-up changes again, the band took a couple of years off and it wouldn't be until the summer of 2007 before they started working again. Erik M?rtensson & Magnus Henriksson (who were the surviving members of the band) took 1 week off and wrote the entire album in those seven days. Once they knew what direction to head for, it was quite easy. This time the band had gone for a straighter, classic and riff oriented hard rock. The title for their next release on Frontiers records will be ?Are you ready to rock? and the new rock steady line-up of 2008 features Erik M?rtensson, Magnus Henriksson, Robert B?ck ? drums and Johan Berlin ? Keyboard. And they are ready!

The a cappella vocal band is a six-man group with a first published album ("Once") in 2001.

The Hungarian band was formed in 1990 by Tam?s Tisza ? guitar, Tam?s Barna ? guitar and Attila Hud?k ? bass. Later on Attila Szarvas ? drums joined the band. Their music contains elements of psychedelic rock, doom and jazz music. These elements are recognizable in the harmonies and structural setting up of the songs.
They released two demos and two full length albums ("Soft Orange" in 1997 and "Slowsonic" in 2006). Both releases are free to download at their official site.

Matt Lee, a.k.a. Gammer, made his first appearance in the hardcore scene during 2002 and went on to be a very successful and prolific producer, best known for his extensive discography on the revamped Essential Platinum label. A large proportion of his tracks on the label are collaborations with the label's founder Dougal but he has also had solo releases and appeared alongside other artists such as G. Spencer, Innovate and DJ Seduction. In addition, he has remixed tracks from various artists including Cortina, A.M.S. and Ham under his alias Eclipse. Aside from his vinyl and digital download releases, his music appears on many albums, including the highly successful Bonkers series.

There is also a multitude of Black and Death Metal bands that operate under the name 'Eclipse'.

There is also a swedish straight edge hardcore band from Ume? that has released some records under the name Eclipse where amongst others the brother of Dennis Lyxz?n (from Refused) is one of the members.

Are You Ready To Rock MMXIV