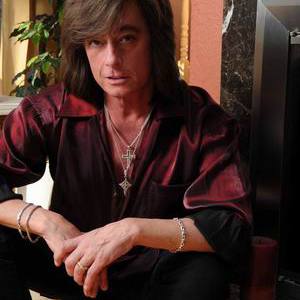 2) Sunstorm (Rough Trade Records, psych rock band) was formed in L.A., in July of 1999. Jerrold Balcom, the group's leader, the son of a theoretical physicist, had grown up in Torrance, CA. For a time, he lived in Tempe, AZ, before moving back to the West L.A. area, where he met up with bassist Thien Tan Doan and organist Blake Jordan. The trio decided to form a group. Meanwhile, Balcom spent several months trying to talk a drummer, Roger Brogan, into moving from Phoenix to L.A. so they could play shows. Brogan, at the time, was in Alison's Halo. After that group disbanded, he joined a few other groups, and, in 1999, finally made the move to L.A. to join up with Sunstorm. They began playing shows, expanding to add tambourine player Bowerbird and guitarist Rob Campanella, who had seen Balcom's ad in a weekly publication and contacted him because some of their musical interests -- the Verve, Ride, Spiritualized, the Stone Roses, and early Primal Scream -- were so similar. Campanella offered the use of his home studio, and soon they were recording demos. In March 2000, they pressed up a CD to attract interest in the group. The self-titled CD (all 250 copies selling out at the band's shows) finally did attract interest, from L.A.-music industry vet Margaret Mittleman. Mittleman (whose M3 management company roster has, at one time, featuredBeck, Built to Spill, Elliott Smith, and Beachwood Sparks) began working closely with the band, acting as their manager for the next year. During that time, Sunstorm continued to record, and the M3 label pressed up copies of an EP, High Resolution, which garnered even more interest in the band. Brogan later departed, joining Idaho Falls, and Campanella left to focus on the other two groups he was in, the Brian Jonestown Massacre and the Quarter After, touring with the BJM in 2001. Balcom eventually reassembled his group, drafting in new drummer Shane Kraus, and shifting Bowerbird over to rhythm guitar while he concentrated on lead guitar as well as fronting his band. Sunstorm were eventually brought to the attention of Geoff Travis, of the London-based Rough Trade label, who signed them to a contract. Rough Trade released the band's "official" debut EP, The Comeongohigher EP, in Spring 2002, which was reviewed favorably and began garnering airplay. A West Coast tour followed, along with preperation for the band's full-length debut.

The Road To Hell