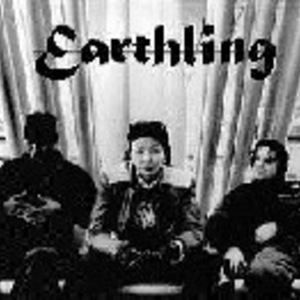 Another band from Bristol, also friends of Portishead (some songs on "Radar" contain some additional work by Geoff Barrow) and often grouped in the Bristolian 'triphop' set that includes Massive Attack and Tricky. Most of their songs have vocals by rapper Mau and some are with the female singer Moni. After their debut LP "Radar" in 1995 they dropped out of sight. Mau collaborated with four other bands - "Cuba", "2 Square", "T?l?popmusik" and "Dirty Beatniks". The third member of Earthling, Andy Keep, has just released the debut LP of his new Project called "Ming".

After their debut LP "Radar" in 1995 they dropped out of sight. Mau collaborated with four other bands - "Cuba", "2 Square", "T?l?popmusik" and "Dirty Beatniks". The third member of Earthling, Andy Keep, has just released the debut LP of his new Project called "Ming".

A second Earthling record was released in 2004 called Human Dust.


There was also a japanese band called Earthling in the early 80's, most famous for their song "You Go On Natural".

Earthling is the solo project of Dj Celli.
Celli was born on the island of Ibiza in 1977. In the early 90's, he began going to Full Moon parties and clubs on the island, which influenced him greatly, Since the island has always had a healthy music, and party scene.

In1992, he began working with an organization in Ibiza called Art Party, and learned the art of party organizing.
When the first Psychedelic Trance arrived on the island, Celli fell in love with the music, and he, and a group of friends began organizing their own parties, specializing in Psychedelic trance.

These parties were very successful, and helped to kick off the psytrance scene in Ibiza, which is still very popular today.
It was at one of these parties that he played his first dj set.

In the year 1998, after six years of making parties, and djing on the island, Celli bought his first studio equipment, and began creating his own music, shortly afterwards he formed his solo project? Earthling, releasing his first tracks "Just Say Yes" on T.I.P. records, "Dusty Hoffmans" on Neurobiotic records, and his debut album "Patterns" on Acidance records in 2001, which gave him global recognition, and launched his career as an international Dj and performer.

Shortly afterward, with his friends Riktam and Bansi of legendary Psytrance group GMS, he formed a new group called Soundaholix . together, they have produced dozens of hits such as :Psychedelic Circus, Technofari, and The Moon, and will release their debut album "Soundaholix Anonymous" in December 2008.
In 2003 He formed another group called Vatos Locos, with Trance pioneer Nick Doof, and Mexican Dj Xavier Fux.

They have two albums together. Welcome 2 da Barrio, and Attack and Release. Their first album ?welcome 2 da Barrio? , was released on Sony Music, Dance Division, and went on to achieve huge success all over south America, with their music videos being shown on MTV and Telehit.

Celli also produces Minimal Techno under the name Monoxcide, and Chill out, under the name Earthling , with his tracks appearing on many Ibiza-based compilations over the years, and has a chillout/Dub based project with Nick Doof called 3rd Ear Audio.

Earthling's highly anticipated second album "Hypernature" will be released on Neurobiotic records in december 2008, and promises to be a contemporary defintion of his sound: a unique blend of deep, psychedelic soundscapes and organic rhythms.