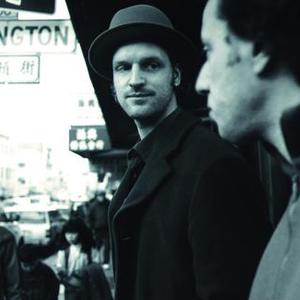 The sound of Vienna-based duo dZihan & Kamien (pronounced Jee-hahn and Kammy-en) can easily be compared with downtempo, soulful house sounds of Jazzanova, P'taah, or the Naked Music compilations. The duo hit popularity in 1996 with the single Der Bauch, which went big in european clubs and made appearances on several compilations. Their full-length album Freaks and Icons was released in late 2000.

Vlado dZihan is originally from Sarajevo and grew up in a predominantly musical household. As a drummer, dZihan became known in the local scene and recorded for the soundtrack of the film Arizona Dream, starring Johnny Depp and Faye Dunaway. He met his production partner, Mario Kamien, while studying in Vienna. Kamien, German born with both an Italian and Polish heritage, shared {dZihan's} interest of traditional music from the Near East, especially Turkey, and a love for Arabic strings. Combining their musical interests with their musical backgrounds, the two released Freaks and Icons on their label, Couch Records. The album focused on a down-tempo house sound, using samples from traditional Near East sources. It was proceeded by three EP's, Tearroom 2004, [ B]efore [A]fter, and Code: No Pork Please. The mix album Refreaked appeared a year later, followed by 2002's Gran Riserva.

dzihan & Kamien run their own record label Couchrecords in Vienna.