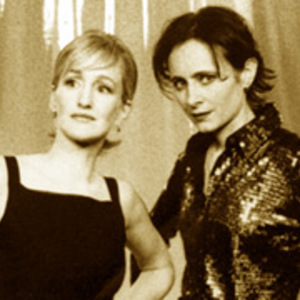 Dusty Trails is an American music duo consisting of Vivian Trimble (formerly of Kostars and Luscious Jackson) and Josephine Wiggs (formerly of The Breeders). Trimble does lead vocals and Wiggs sings harmony vocals. Their 2001 debut album, Dusty Trails has been described as mood music and it as heavy on keyboards, percussion and bass. It has also been compared to 1960s French and Brazilian pop. Half of the album's songs are instrumental and the other half feature Trimble on lead vocals. The album also includes guest vocals by Emmylou Harris on the track, Order Coffee.