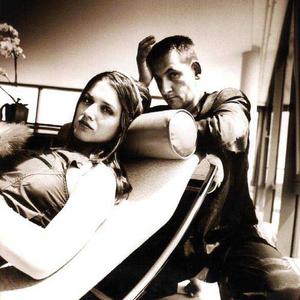 The band was founded in 1995 by Oliver Froning and Jens Oettrich, who are both big fans of the novels by Frank Herbert - hence the name Dune. Their first single "Hardcore Vibes" featured the voice of Oliver's then 11-year-old cousin Janine. Their second single "Are You Ready to Fly?" sounded quite different and already featured the typical Dune-style with high-pitched vocals and a catchy melody.

At the end of 1996 the band released the album "Forever" with a lot of tracks in a classical style - all tracks where performed together with the London Session Orchestra (see Dune & The London Session Orchestra). Lead singer Verena Von Strenge left Dune after the release of "Forever" to start a solo career. Dune came back in April 1998 with a new lead singer (Vanessa H&ouml;rster). The single "Keep the Secret" was only a medium success and its successor "Electric Heaven" flopped completely.

In late 1999 Verena Von Strenge came back as lead singer after her solo career was not as successful as she wanted it to be. The single "Dark Side of the Moon" was released and the album "Reunion" was produced and ready for release in May 2000. However the album was never released due to a court order that stopped the single "Heaven".

2) A Finnish demoscene tracker musician who adopted the more unique name Brothomstates in the latter half of the 1990s and was later signed to Warp Records.

4) An Indiana-based musician who recorded an album called "Road of Life" in 2000.

5) An Australian power/progressive metal band that is now disbanded. The band only recorded a demo called The Eleventh Hour.

We Are In There You Are Out Here

Back to Nature CDS

History: The Best Of

Dark Side Of The Moon (CDS)