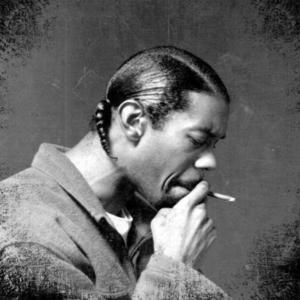 Andre Nickatina (a.k.a. Dre Dog) is a San Francisco rapper known for his smoothly aggressive delivery He has made a name for being a self-enforced underground artist. Andre Nickatina burst onto the Bay Area rap scene in 1993 with The New Jim Jones on the strength of two individual singles, 'The Ave' and 'Lips', both carrying almost identical beats to Biggie Smalls' 'Juicy' and 'Big Poppa', respectively, though The New Jim Jones was released nearly a year before Biggie's Ready to Die.

Andre Nickatina has also dabbled in film, releasing a two-disc set containing his amateur movie and the CD Conversation with a Devil. Andre Nickatina is considered one of the most successful rappers to have come out of San Francisco, and heads his own label Fillmoe Coleman Records. He has released a multitude of albums, most recently Horns and Halos with Equipto. His most acclaimed album is Bullets, Blunts, N Ah Big Bankroll. In 2005, Andre Nickatina won the Bay Area Rap Scene Award for Underground Artist of the Year.Homez

I Hate You With A Passion