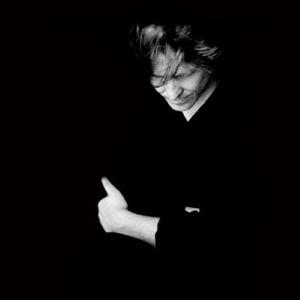 A prot?g? of Todd Rundgren, Doug Powell is a more straightforward musician than his muse, more along the lines of XTC's Andy Partridge. Like Rundgren, Powell had a run of bad luck with record companies early in his career, but it's easier to carve out a place for oneself away from the major labels than it was in the late '60s and early '70s, so Powell has been able to find a ready audience in the American power pop underground.

Raised in Oklahoma, the son of a physicist and a professional flutist, Powell grew up as a fan of XTC, Rundgren, and Jules Shear, whom he approached at a solo gig in Chicago with a home-recorded tape of 22 songs. Taken with his young fan's work, Shear shopped the tape around to various labels and produced a more professional demo that landed the young singer/songwriter a development deal with Elektra Records. The A&R executive at Elektra who liked Powell's songs then ended up at RCA, for whom Powell recorded his first album, Ballad of the Tin Men. Unfortunately, by the time the album was ready, the A&R executive had jumped ship to Mercury Records, which finally released the finished album in 1996 just as Powell's mentor was fired by an incoming label president, immediately stopping the album in its tracks. By this time, Powell had met and toured with Todd Rundgren, who agreed to produce his second album. After Mercury rejected the demos for the album and dropped Powell, the singer/songwriter (who had settled in Nashville by this time) placed one of the rejected songs, "Torn," on Nashpop: A Nashville Pop Compilation, a local scene compilation released by the Colorado-based label Not Lame Records, which then released the entire set of rejected demos as 1998's Curiouser and commissioned an album of all-new material, More, in 2000. Also around this time, Powell hooked up with Sixpence None the Richer's Jerry Dale McFadden, a friend from college, and other indie pop luminaries (including Wilco's Ken Coomer and the Mavericks' Robert Reynolds) to form Swag, an occasional side project which finally released its sole album, Catchall, in early 2001. Though Powell wrote much of the album and took most of the lead vocals, public perception of the band focused on the day jobs of the other members (who also included Cheap Trick's Tom Petersson) and the group split up during sessions for its never-completed second album. Powell followed the Swag release with the stopgap EP Venus DeMilo's Arms in 2001, which marked time until the singer/songwriter could complete 2002's ambitious The Lost Chord, his most complex solo project to date.