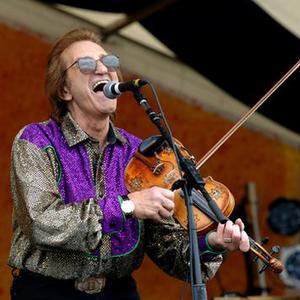 Born Douglas James Kershaw in Tiel Ridge, Cameron Parish in an area known as the Cajun country, his ancestors are Acadians who were part of the Great Expulsion by the British authorities from their homeland in eastern Canada in 1755. He grew up surrounded by Cajun fiddle and accordion music and as a 19-year-old, in 1955 he performed with his brother Rusty Kershaw on the Louisiana Hayride radio broadcast. The two were so popular that they were invited to perform at the Wheeling Jamboree in Wheeling, West Virginia and in 1957 appeared at the Grand Ole Opry in Nashville, Tennessee.

After fulfilling his military obligation, Doug Kershaw returned to the music business scoring with an autobiographical song he wrote called "Louisiana Man." The song not only sold millions of copies but over the years has become the symbol of Cajun music. In June of 1969, Kershaw made his first network television appearance on the debut "Johnny Cash Show." His dynamic performance in front of a national audience led to Warner Bros. Records, signing him to a long-term contract. In November of that year, "Louisiana Man" was broadcast back to earth by the crew of the Apollo 12 moon mission. Beyond the southern venues, Kershaw's popularity soon extended to mainstream urban America, playing for packed audiences at such places as New York City's Fillmore East.

Singing in both French and English, Kershaw's stage performance is marked by his abundant energy. Simultaneously playing fiddle, singing, and dancing, it is not unusual for him to wear out several bows, sometimes during just one song. With more than twenty-five albums to his credit and a five decade-long career, Doug Kershaw has a loyal following and continues to tour worldwide.

1969 was a pivotal year in the musical career of Doug Kershaw (born Douglas James Kershaw). An appearance on the premier broadcast of The Johnny Cash Show, on June 7th, brought him to the attention of his largest audience and led to a contract with Warner Brothers/Seven Arts. Two months later, Kershaw's autobiographical tune, "Louisiana Man," became the first song broadcast back to Earth from the Moon by the astronauts of Apollo 12. Kershaw capped the year with a much-publicized, week-long, engagement at the Fillmore East in New York as opening act for Eric Clapton's Derek & the Dominos. While it seemed, to many rock and pop fans, that Kershaw had appeared out of nowhere, he had already sold more than 18-million copies of the records he had done in the early '60s with his brother, Rusty. "Louisiana Man" had been a Top Ten country hit in 1961 and its follow-up, "Diggy Diggy Lo," had done almost as well.

Still Cajun After All These Years