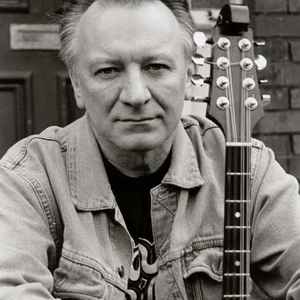 D?nal Lunny (born 10 March 1947) is an Irish traditional musician. Lunny has been at the cutting edge of the evolution of Irish music for more than thirty-five years and is generally regarded as having been central to the renaissance of traditional Irish music in that time period. Born in Tullamore, then moved to Newbridge, County Kildare, as a teenager he joined a band called Rakes of Kildare, with Christy Moore.

Lunny's Emmet Folk Group and Michael and Brian Byrne's Spiceland Folk Group joined forces to form The Emmet Spiceland. Their debut album 'The First' was released in 1968. They were a vocal harmony group and reached number one in Ireland with the single "Mary From Dungloe". In 1971 he played on Prosperous, the first album by Christy Moore.

The musicians from Prosperous assembled in 1972 under the name Planxty. The band became a leading proponent of Irish traditional instrumental music for the next ten years. In 1975 Lunny left them to form The Bothy Band, playing guitar and bouzouki.

They disbanded in 1978. Lunny became a session musician on Davey and Morris, the first album to feature Shaun Davey. Lunny then got together with Christy Moore again in 1981, to form Moving Hearts. Another founding member was the young uilleann piper, Davy Spillane.

D?nal Lunny is producing the album Human Child (2007) by Faroese Eiv?r P?lsd?ttir, which is published in two versions, one English, and one Faroese.

Journey: The Best Of Donal Lunny