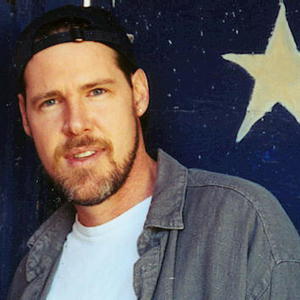 Building on the critical success of 2003's We Built a Fire, songwriter Donal Hinely returned in 2005 with the timely and provocative Giants, a stirring album driven by memorable images and well-crafted songs. Like recent offerings by Todd Snider and Steve Earle, the album reaches beyond the political landscape and unlocks the common human experience. From the acoustic folk of the title track to the roots rock of "Before Music was a Product" to the raw country of "Blue Ink," Giants is a journey that resonates with both head and heart.

Nashville producer/cellist David Henry (Josh Rouse, Cowboy Junkies,Vienna Teng) ties together this diverse mix of songs with his lush, trademark sound and guitarist Will Kimbrough (Rodney Crowell, Todd Snider) adds tasteful accompaniment, showing why he continues to be one of the most sought-after session men in the country. Hinely is also a noted practitioner of the glass harmonica and plays a homemade set of 24 water-tuned wine glasses and brandy snifters. He picked up the instrument when his older brother Terry--a master of the rare art and long time musical partner--was killed by a reckless driver in Dallas. Track 5, "The Shakes," provides a musically unique moment as the glasses accompany ukulele, cello, and drums.


Giants remained on the Americana Music Association album airplay chart for over 10 weeks, quite a feat for an independent recording. It also garnered nominations for best album of the year by the annual Independent Music Awards and the Acoustic Music Awards. Hitting all points of the compass in 2006, Hinely was a showcase artist at both South by Southwest Music Conference in Austin, Texas and the North by Northwest Festival in Toronto, Canada.


Hinely left his hometown of Denton, Texas for Nashville in 1994 and has since earned recognition in the songwriting community for his original perspective and honest performances. The Indie Acoustic Project honored We Built a Fire alongside Rodney Crowell's Houston Kid and Kate Campbell's Monuments as the best Americana album of the year in 2003. The CD features a stellar lineup including Kim Richey, Mindy Smith, Will Kimbrough, and members of Wilco, the Edwin McCain Band, and Hayseed Dixie. Hinely has gained experience in the streets and pubs of the world, once taking his guitar and a one-way ticket to Australia and working his way back home through Asia and the capitals of Europe. Now more commonly he takes his music to festivals, special events, and the Bluebird Cafe stage in Nashville, Tennessee.

We Built a Fire