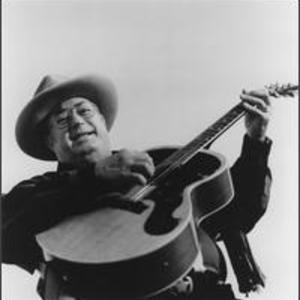 Walser was born in Brownfield, Texas. A roots musician since he was 11 years old, Walser became an accomplished guitarist, vocalist, and songwriter. He started his first band, The Panhandle Playboys, at age 16, and shared bills with another aspiring Texas singer, Buddy Holly. As rock'n'roll began to skyrocket in popularity, Walser opted to stay in the Texas Panhandle, raise a family and work as a mechanic and auditor for the National Guard, rather than move to Nashville and pursue a recording career.

As rock'n'roll began to skyrocket in popularity, Walser opted to stay in the Texas Panhandle, raise a family and work as a mechanic and auditor for the National Guard, rather than move to Nashville and pursue a recording career. As a result, he had little following outside Texas for the first part of his career. However, he never stopped playing and became widely known in Texas. From 1959-61 Walser had a group called The Texas Plainsmen and a weekly radio program. For the next three decades he was always in bands and played a heavy schedule. He wrote popular original songs such as "Rolling Stone from Texas", which received a four-star review in 1964 from Billboard magazine.

As time went on, Walser also became known for maintaining a catalog of older, obscure country music and cowboy songs. He keep alive old 1940s and 1950s tunes by country music pioneers such as Bob Wills and Eddie Arnold, and made them his own in a style that blended elements of honky tonk and Western swing. He also was known for his extraordinary yodeling style in the tradition of Slim Whitman and Jimmie Rodgers.

In 1984, the Guard transferred Walser to Austin, a center of the burgeoning alt-country music scene. He put together his Pure Texas Band and developed a strong local following. Walser opened for Johnny Cash in 1986. In 1990, Walser was "discovered" by musician and talent scout Tiny McFarland [2].

In 1994, aged 60, Walser retired from the Guard. Able to devote himself fully to music for the first time in his life, he was immediately signed by Watermelon Records, and released his first LP, Rolling Stone From Texas, produced by Ray Benson of Asleep at the Wheel. His extraordinary vocal abilities earned him the nickname "the Pavarotti of the Plains" by a reviewer for Playboy magazine. Because of his Austin base, he attracted fans from country music traditionalists, and alternative music and punk fans. His band later became the opening act for the Butthole Surfers.

Don Walser was voted "Best Performing Country Band" at the Austin Music Awards, was voted top country band of the year by the Austin Chronicle in 1996, and received an Association for Independent Music "Indie" Award in 1997. He also received recognition in mainstream country, and played the Grand Ole Opry on October 30, 1999, and again in 2001. In 2000 he received a lifetime "Heritage" award from the National Endowment for the Arts, and he and the Pure Texas Band played at the Kennedy Center for the Performing Arts. He also received cameo roles in feature movies with honky-tonk settings, such as The Hi-Lo Country (1998), starring Woody Harrelson.

In September, 2003, Don Walser retired from live performances due to health issues. Three years later, Walser died due to complications from diabetes on September 20, 2006, 6 days after his 72nd birthday.