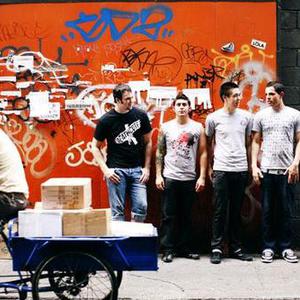 The story of Don The Reader begins in 2006 in the South Bay area of Los Angeles, in the shadow of its immense shipping port. Spurred by a desire to create music that was both artistically engaging and completely different from surrounding trends, drummer Kenny Cullens, guitarist Sergio Hernandez, bassist Michael McCullough and synth player Mike Roberts began writing and playing songs with their friends that drew from the blaring grind of bands like the Dillinger Escape Plan and the Locust.

Calling themselves Don The Reader after a suggestion from a previous singer, the group became enraptured by odd time signatures and technical playing and eventually began adding more ethereal, experimental passages into their already pummeling sound.

Right before tracking their first demo, Roberts stepped up to vocals and wrote his parts in a brief period of time before the sessions began. The band cite this as the turning point in their stylistic development, his confident and masochistic-sounding scream adding an entirely new element of desperation to the songs. Soon thereafter, guitarist Taylor Hoff was recruited from another respected band in the area. Although he was still in high school at the time, Hoffs playing style and youthful musical outlook added a fresh shot of adrenaline into the group, solidifying Don The Reader for good. They began writing in earnest, crafting what would become their debut EP in a collective environment. The band write all together in the same room, jamming, crafting, cutting and pasting parts while they discuss where the song should go. Says McCullough of their writing style, There is no one particular person who writes the majority [of the material] because we all have a particular spice to offer.