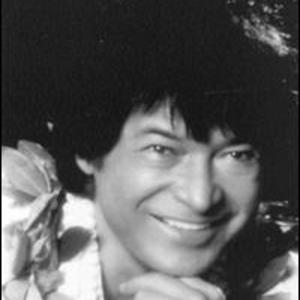 There is more than one artist with this name: 1) Donald Ho Tai Loy (in Chinese characters, ???), born August 13, 1930 (died April 14, 2007) is a Hawaiian musician and entertainer. Ho, of mixed Chinese, Hawaiian, Portuguese, Dutch and German descent, was born in the small Honolulu neighborhood of Kaka'ako but he grew up in K?ne'ohe on the windward side of the island of O'ahu. 1954, Ho entered the United States Air Force and spent time flying fighter jets in both Texas and Hawaii. Ho left the Air Force in 1960 due to his mother's illness.

In 1962, Ho moved from K?ne'ohe to Waik?k? in Honolulu and played at a night club called Duke's, where he caught the attention of record company officials.
Ho released his debut album, Don Ho Show, in 1965 and began to play high profile locations in Las Vegas, Lake Tahoe, and New York City. In 1966, he released his second album, a live compilation called Don Ho ? Again!, which charted in the early part of that year. In the fall of 1966, Ho released his most famous song, "Tiny Bubbles", which charted on both the pop and easy listening charts and caused the subsequent Tiny Bubbles LP to remain in the album Top 20 for almost a year. Guest appearances on television shows such as The Brady Bunch soon followed. Although his album sales peaked in the late 1960s, he was able to land a television spot on ABC from October 1976 to March 1977 with the Don Ho Show variety program.
Don Ho continued to be a popular concert tour draw until his death. Until the end, he continued to perform regularly at the Waikiki Beachcomber Hotel and could also be seen at the restaurant/night club that borrowed his name (Don Ho's Island Grill) in downtown Honolulu near Aloha Tower.

2) Don Ho is a Vietnamese American singer. Don's first video was Thuy Nga Videos in 1990's Paris By Night 12 as a backup singer. But for Paris By Night 15, Don became an official singer. Then, after Paris by Night 73: The Best of Duets, Don quit Thuy Nga and worked with Asia Entertainment, Tinh Productions, and Don Ho Productions. Last time his face was in Thuy Nga was on a commercial for his first CD (Con Nghe Tieng Goi) for the Don Ho Productions. Don Ho has made history as the longest performing Thuy Nga Singer.

One of his most famous songs is 'Trai Tim Mua Dong' by Truc Ho.He now lives in Santa Monica, California and is currently working on Don Ho Productions CD number 3.The CD is called Love 2: Mai Di Tim. Don Ho also holds a record with Thuy Nga with the most CDs produced. Don is rumored to have joined Van Son in late 2007.

Home in Your Arms