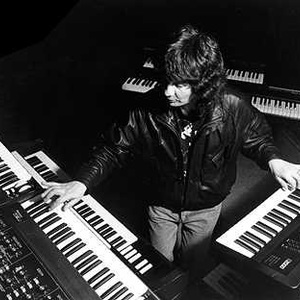 Don Airey was born in Sunderland, in Northeast England on June 21, 1948. He took a love for music at a young age and was trained in classical piano. He continued his love for music by earning a degree at Nottingham University and a diploma at the Royal Northern College of Music. In 1974 he moved to London and joined Cozy Powell's band Hammer. Don worked on several albums with solo artists until 1978 when Don joined the band Black Sabbath for a brief time. He contributed with keyboards to the album Never Say Die!. Soon after though, he joined guitarist Ritchie Blackmore's band Rainbow and featured on Gary Moore's solo debut Back On The Streets. With Rainbow he contributed to two hit albums, Down to Earth and Difficult to Cure. In 1980 Don played on Ozzy Osbourne's first solo album, The Blizzard of Ozz where he had a famous and slightly gothic intro to the song Mr. Crowley. After leaving Rainbow in 1981, Don joined with Ozzy Osbourne for a three year stint where he helped with the albums Bark at the Moon and Speak of the Devil. Don joined the band Jethro Tull in 1987 for their touring. Soon after though he quit the band to record the album "K2". Don went in semi-retirement until 2001 when he joined the band Deep Purple to fill in for an injured Jon Lord, who has since retired. Don joined the band as a full time keyboardist since March 2002. He presently lives with his wife Doris and their three children in South-West Cambridgeshire in England. He also worked with Iron Maiden's Bruce Dickinson on one of Bruce's solo albums, playing keyboards on Darkness Be My Friend. In 2006 Don featured on Gary Moore's release Old New Ballads Blues contributing to all tracks.

One of a Kind

A Light In The Sky

Tales Of Triumph And Tragedy