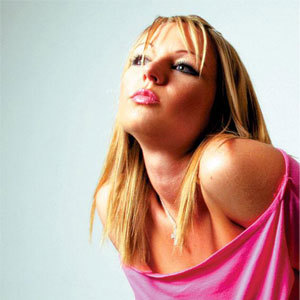 DJ Wild Child has been at the cutting edge of the drum & bass scene since 1994 when she was spotted by the legendary pirate radio station Kool FM to become their first resident female DJ. She had a weekly show for 4 years and played at many of the Kool FM and Jungle Fever parties. At the height of the Jungle era DJ Wild Child was in demand at all of the top events such as; Desire, One Nation, Telepathy, Jungle Fever plus many more, where she captured 1,000's of people's imagination.

As one of Drum & Bass' most promising talents, she was offered a MIX CD deal with Millennium records in 1996. The first two compilations "The London Update of Drum and Bass" and "Jungle Talk" (feat. MC Skibadee) were highly successful in England and abroad. This led to the third & fourth CD "Fulla Danger" & "Exposed" both featuring the U.K's female MC Chick-a-boo.

Wild Child's DJing has flown her all over the World to the United States, Canada, Australia, Japan, Russia, Estonia, Eastern Europe, Israel, Austria, Norway, Germany, Switzerland, France, Spain, Italy, Portugal, Scotland, plus many more. While at home in London she has played at Fabric, The End, Ministry of Sound, Radio 1Xtra, Kiss Fm plus many other venues throughout the UK. She has also been featured on MTV where she was filmed playing at the legendary Notting Hill Carnival.

Wildchild has worked at a number of top record companies including SRD where she was label manager for some of the biggest drum & bass labels around.
She then used her skills to start her own record label, Wildstyle Recordings. This has had 12 releases to date including her own mix CD called ?.WILDSTYLE which features 18 tracks from the label, is mixed by herself and features MC Verse on the Mic.

Wildchild is currently spending a lot of time in the studio as well as DJing around the world!

The London Update Of Drum & Bass