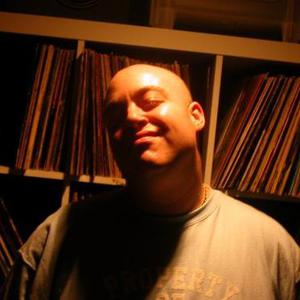 DJ Wally aka Pish Posh born.. keef destefano in 1972 is one of the leading lights in the avant-garde abstract beatz scene that's risen from the New York dance underground. Combining hip-hop sensibilities with drum n'bass leanings and a strong taste for the absurdly silly and abstractly surreal, Wally has been carving his own niche on the worldwide beatheadz stage now for over 8 years as well as spinning wax for over 16 years. Wally has released his music through such labels as Mo' Wax, Liquid Sky, and Ubiquity... and now the Agris.

Wally's musical heritage dates back to an early love of hip-hop and electro. By the age of 13, he had bought some cheap equipment and was DJing and spinning early hip-hop, as well as electronica pioneers Art of Noise and Kraftwerk.

"Hip-hop totally inspired me to make music, because I was in love with the idea of sampling and being able to regurgitate old music. As a kid I'd be taping NYC legends DJ Red Alert or Marley Marl, and a lot of the songs I'd hear I would dissect and know where all the samples came from. That inspired me more than anything."