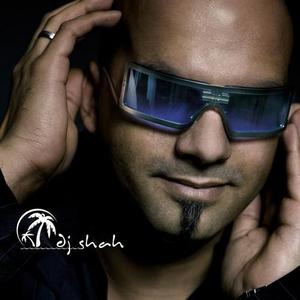 Roger-Pierre Shah is one of today's leading electronic producers in Germany. He started his professional music career in 1996 and reached, year after year, Top 10 dance chart positions in Germany.

In 1999 he decided to do his first solo single called "Claps". The track went straight into the Top 5 of all dance charts and got support by the most important DJs in Europe.

From this commercial success DJ Shah played an important role in the German dance scene. His follow up singles "Commandments" and "Riddim" both reached top 3 positions in all dance charts. His latest productions have been supported by [artist[Paul Van Dyk, Armin van Buuren, Judge Jules, Ferry Corsten, Tiesto and many more leading Dj's of the scene.

In October 2005 he gave his debut on Tiesto's own label Blackhole with 'Shah & Laruso pres. Global Experience', after releasing various other tracks on other international 1st class labels in 2005 such as Ministry Of Sound UK or Ultra USA and reaches #23 in UK's sales charts with the project Commander Tom. Furthermore he signed a deal with Armada for his solo single 'DJ Shah meets Jan Johnston - Beautiful (Glimpse Of Heaven)' as well as a second project Sunlounger. Besides the follow up single of Global Experience, Blackhole also signed his project 'Savannah' for the world.

At this moment the international press describes him as one of the hottest names of the moment. Shah is the only German producer and DJ featured on Ti?sto's new ISOS5 compilation, the world's leading dance album. Ti?sto writes on his own website about Roger Shah: ?Great producer from Germany..."

Together with Pedro Del Mar he runs Germany's leading radio show "Mellomania". Broadcasted each Monday night from 8-12pm; they have an audience of more than 1.5 million listeners monthly. They do also run monthly shows all around the globe, e.g. in USA, Argentina, Australia and UK. As a DJ he plays around the world. USA, Greece, Spain, Thailand, France, Hungary, Turkey and Ibiza are just a few countries where he is spinning his very unique and innovating special live sets that can be described as a journey through electronic music.