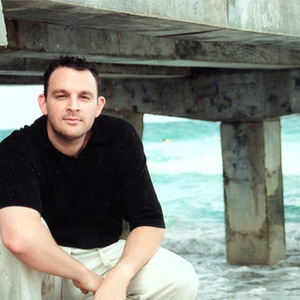 DJ Hardware (Todd Greenhouse) Syracuse, NY (USA) Pure Music Label Group A legend in his own right, DJ Hardware's career as an international artist spans the scope of over two decades. Hardware is a definitive DJ, producer and Remixer, a tastemaker who has achieved worldwide accolades and has established himself at the forefront of the electronic music scene! His sets combine brilliant searing progressive house with uplifting dirty electro house as he layers his sounds, building the realms of a musical journey that culminates into a total mind and body meltdown!

A legend in his own right, DJ Hardware's career as an international artist spans the scope of over two decades. Hardware is a definitive DJ, producer and Remixer, a tastemaker who has achieved worldwide accolades and has established himself at the forefront of the electronic music scene! His sets combine brilliant searing progressive house with uplifting dirty electro house as he layers his sounds, building the realms of a musical journey that culminates into a total mind and body meltdown!

Hardware, a native of Syracuse, New York began his career spinning old school hip-hop at a local jaunt called Nowhere City. He then took his unquenchable spirit for music and moved to Boston, Massachusetts where he began to develop his presence, two years later Hardware was voted the City's best DJ by the Boston Herald. During this time, DJ Hardware expanded his presence on to the Boston club circuit spinning such venues as the Hub Club, Axis, Paradise Rock Club and Venus De Milo playing a variety of musical styles from early house anthems to European acid-house, techno and trance. Having quickly exploded onto the Boston club scene, he began DJ'ing high profile clubs and events across the world (Canada, Iceland, Germany, The Netherlands, UK, Belgium, Mexico and France). These bookings gave him both an opportunity and a broad spectrum to playing side by side with some headlining events with many colleagues such as Sven Vath, Derrick May, Richie Hawtin, Josh Wink, Paul Van Dyk, Jon The Dentist, Tony Di Vit, DJ Dan and Carl Cox.

In 1994, Hardware served as A&R Executive Director for New York's legendary electronic underground dance imprint, Adrenalin Records. During his 2-year stint at Adrenalin, Hardware released an astonishing thirteen DJ Mixed CD compilations. But Hardware wanted more. Hardware left the Adrenalin Records camp to launch Toxik Recordings, a division of Aureus / Warlock Records, which was said to be one of the most ingenious and original electronic dance music labels in North America. As founder and Director of A&R, Hardware took Toxik Recordings to uncharted heights releasing several DJ Mixed CD Compilations, some which are still viewed as a genre defining compilation by fans and critics alike today. But his thirst for producing original material grew. In 1996 DJ Hardware Joined forces DJ Remix, collectively known as Toxik Twins. This duo created some of the most influential and legendary break beat tracks to come from American producers to this day! Highlights of these works include the remix of ?Billy Club ? Junkie XL? on Roadrunner Records Which was featured in the movie Blade, ?Don't Stop The Rock 2000 ? Freestyle? on Streetbeat Records, and the remix of the worldwide classic house anthem ?I'll House You? which featured a guest appearance by none other than The Jungle Brothers!

Following the successful slough of releases and remixes from the Toxik Twins duo, his Numerous DJ Mixed CD Compilations on Toxik Recordings as well as a double CD set called Sound Shock Vol. 1 & 2 on Streetbeat Records and Coast II Coast Vol. 2 on ESP SUN / Roadrunner Records, Hardware signed to the world's leading Dance / Electronic music imprint, Moonshine Music. Once again DJ Hardware tears up the decks once with Psychotrance 2004, one of Moonshine's longest-running compilation brands. Hardware took the reigns with ease and delivered a perfect mix of progressive trance & house.

In 2006 DJ Hardware set his goals even higher breaking ground for his Pure Music Label Group, a place where he was able to release his own original productions and other music from artist's he discovered through his various travels around the globe. It was at this point Hardware jumped back into the studio full throttle delivering original productions and remixes that were tearing up the highly fickle music biosphere and quickly gained momentum within the mainstream music industry as well.
After selling well over 250,000 Units of DJ mix CD compilations (See Discography) and playing to sold out clubs and festivals around the globe for the last 15 years, and producing and remixing some of the worlds biggest Artists, DJ Hardware finally honed his craft, delivering an explosive sound that has taken over clubs across the globe. Hardware's musical taste landmarks the revolutionary sound that is sweeping the club scene around the globe. Prepare yourself for the raw dirty sounds of massive bass lines and raw drums and enjoy!