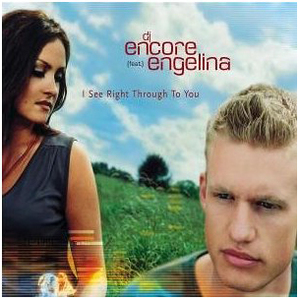 DJ Encore (Andreas Bang Hemmeth) was born in 1979 in Copenhagen, Denmark but now lives in Germany. His first single "I See Right Through To You", written for the TV-show Big Brother, was released March 2001 and featured the Danish female vocalist Engelina. In October 2001 their album "Intuition" was released. In 2002 Andreas and Engelina split up, later she joined the girl pop trio, Sha Li Mar.

In 2002 Andreas and Engelina split up, later she joined the girl pop trio, Sha Li Mar.

Under the name of Saphire, DJ Encore in 2003 released another track for the TV-show Big Brother, called "There's Someone Watching". This time he had Linnea Handberg-Lund as the female vocalist.

In 2005 he released a new single called "You Can Walk On Water" with new Swedish vocalist Johanna Stedt. The song was a cover of the Danish band Catch's hit "Walk On Water," which he had co-written the original version of, with Catch.

You Got Away (Maxi)