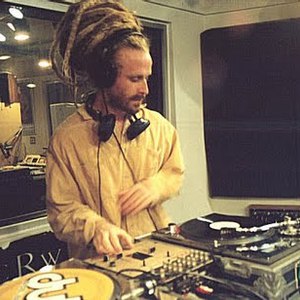 It is uncommon for most teens to find a love and passion for life at an early age, especially one that will sustain them as an adult; but for DJ Drez, it happened at age 17, when he received his first set of turntables. The passion for making hip-hop music became a driving force for the youngster. He started DJing parties, night clubs, college radio shows, and making mix tapes which soon led to him opening up for artists such as De La Soul and KRS1. Since the early '90s, DJ Drez has been known for cutting up tracks on the 1's and 2's with his wicked style and grace.

His litany of accomplishments has garnered Drez the title as one of the highest ranking DJs and producers in LA's underground music scene. As his lineage continued to build while LA's underground Hip-Hop scene flourished in the mid 90's, the historical Project Blowed coalition inducted Drez as one of their premiere artists.

Drez delves into blending yesterday's roots with the innovative Hip-Hop beats of today. He derives inspiration from a wide range of sounds including: Hip-Hop to Jazz, Soul to World Music, Roots Reggae to Rare Grooves, and sounds from the Far East. Drez's unique fusions of sounds are showcased in his library of mix tapes and solo projects which has gained him worldwide recognition. One of his greatest contributions to the Hip-Hop community has been his ability to fluidly bridge the relationship between world music and its role in Hip-Hop while also giving national and international exposure to countless underground and mainstream artists.

Over the years, he has consistently toured the United States, Canada, China, Taiwan, Thailand, and Japan performing as a solo act and as the DJ for Haiku De Tat (Myka9, Abstract Rude & Aceyalone). Drez has also worked with The Black Eyed Peas, Bahamadia, Medusa, The Living Legends, and Rocky Dawuni to name a few. Some of his most memorable moments have included performances at The Smoke Out, Bob Marley Day, Miami Winter Music Conference, Shambhala (Canada's Burning Man), The X Games, Coachella Festival, and Reggae on the River among a whole host of other events. Drez has performed on television and in film: BET, CBS, UPN and New Line Cinema along with appearances on Chocolate City(KCRW), Divine Forces Radio(KPFK), The Beat 100.3, and Power 106.

Drez's solo projects boast notable creations including his Say It Loud EP, The Capture of Sound, and Jahta Beat. Moon Bay Sessions EP, and the full length CD, The Complete Moon Bay Sessions, which was co-produced with Veteran Jazz pianist Marty Williams. For his newest release, Drez joined forces with MC Zaire Black for Panoramic Utopia. Drez continues to produce and collaborate with other musicians. He's currently working on an instrumental album, titled Easy Seven, along with the sequels to Jahta Beat, an exploration through Hip-Hop and down tempo with a focus on vibrations from India, and Moon Bay Sessions Part II, featuring vocalist Nikko off of the first album. Drez's versatility and variations of sounds truly makes him a leading pioneer of his time.

Jahta Beat: A Path To Light