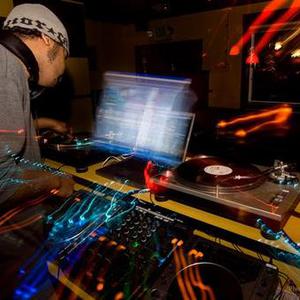 Since 1991 DJ Dream (aka Aslan Davis) has been writing, composing, performing and producing all styles of music ranging from smooth ambient or jazz laced with hip-hop and D&B to agro-aggressive hardcore in your face slammin Industrial, Metal and experimental sounds. At the very young age of Seven he picked up his first guitar and started strumming. Soon after came the cello, bass and over the years has added many different and diverse instruments to his arsenal of sounds such as the Viola De'Gamba, Didgeridoo, Turntables, hand drums and various other instruments.

Over the years he has also mixed, produced and shared the stage with mamy different artists/musicians, groups and DJ's from around the world. Being an old skool *Tracker and one of the original members of the U.T.F., he has shared loops, samples and sounds with artists as well know as the Chemical Brothers, Underworld, Prodigy, FSOL and many others. Best know for his Drum & Bass compositions, his music seems to have no limits and at times it is hard to classify his genre hopping unique style of music.