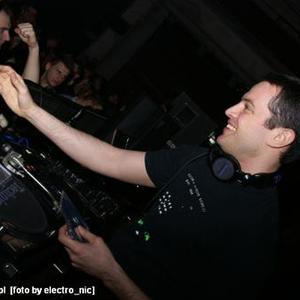 Benjamin Arend, born 1981 in San Francisco, has always had his very own taste in music. Back when his classmates still sang along the Disney soundtracks, he listened to the works of Wagner and Beethoven and even learned how to play the violin. Unfortunately he had to give this up, in favor of his schoolwork. It wasn't until he had reached the age of 14, that he discovered pop which quickly lead him to trance and rave.

At the age of 18 he began visiting the local techno clubs in Frankfurt and a few months later, after a tragic turn of events in his life, Dj Amok was born. This idea was all he had left, he had no money, no home, but the will to turn his crappy life to the complete opposite, to climb all the way from rock bottom to the very top. In the year that followed he started producing his first tracks and spreading them across the internet, where they where very successful on places like mp3.com. Now motivated to go all the way with this, he started creating his very own impression of techno and the sound his is known for today: extremely hard, agressive and thundering techno, dedicated to making the people go wild. As a Dj, he tries to explore the limits of just how far he can take the audience, and always tries to push the limits.
Pushing the limits was also the goal of his first release on Giga-music and since it did very well, it helped open the doors for hardtechno to the labels and the market. In 2003, after the mark had been made, a whole new hardtechno scene emerged seemingly out of nowhere and has proven to be far more than just a hype. In the same year DJ Amok founded two labels: Artillery, best known for Amok's infamous Nightmare EP and Crowbar Recordings, which gives newcomers a chance to prove themselves. (taken from the biography on www.djamok.net)