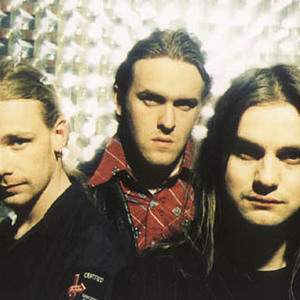 Founded in the early nineties in Copenhagen, the trio Dizzy Mizz Lizzy, consisting of singer and guitarist Tim Christensen, bassist Martin Nielsen and drummer S?ren Friis, rocketed to the top of the danish rock scene on the EMI-Medley brand. The band released two albums, the eponymous 'Dizzy Mizz Lizzy' (1994) and 'Rotator' (1996), and especially the first one was a huge success in Denmark and Japan, albeit failed to make it big in other markets. As 'Rotator' failed to live up to the success of the first album, the band decided to part ways in 1998.

Tim Christensen has since launched a fairly successful solo career, releasing two albums in the early 2000's. In 2002 Dizzy Mizz Lizzy released the posthumous 'Best of + Live in Aarhus '96' set, a double-album featuring the bands greatest hits and a live recording from Aarhus. Additionally, the band has released two albums in Japan only.