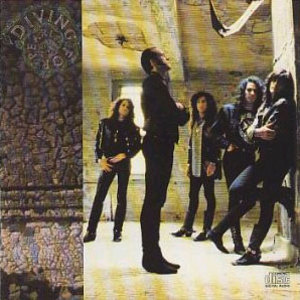 "Founded in 1988 by Danny Malone and named after a line in the Elvis Costello song, Shipbuilding, Diving For Pearls' 1989 self-titled debut gained a coveted five-K review in rock bible Kerrang! But the grunge revolution and poor promotion by Epic Records prematurely ended the bands career and it would be more than a decade before Malone would reunite with producer David Prater to recreate the distinctive Diving For Pearls sound.

The 2005 release Texas was recorded in Allen, Texas and latterly, Massachusetts, during 2004, and the musical chemistry between the two during recording sessions in 1989 was evident in abundance this time around too. While Texas remains true to the timeless sound of Diving For Pearls, the albums 12 tracks demonstrate a contemporary edge and the result is an effortless combination of the modern and the classic, as Malone notes. David and I wanted the new record to have a sense of continuity with the first record without sounding nostalgic, he says. We are both fans of the records being made by bands like the White Stripes and Audioslave, and wanted to see if we could incorporate a few of the elements that they use, without abandoning the sound that we established on the first record. Diving For Pearls were cruelly denied the opportunity to build on such a glorious start to their music career, and though the musical landscape has significantly altered in the 15 years since the band first burst onto the scene, with the release of Texas, Malone believes some things never change. We're still a good little rock n roll band, with good songs, and hopefully a believable lead singer, he says. And I dont think that we've strayed too far away from what we've always been good at...melodic rock.