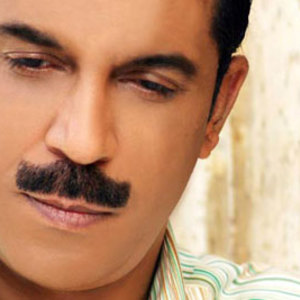 Abdallah Al Rowaished was born in 1961 in Kuwait. At a young age he discovered a love for music when he started to play the lute. In 1973, Rowaished established the Al Roba'y group with three friends. The group was widely popular among the Persian Gulf countries. However, the group disbanded in 1979, since then Rowaished has focused on his solo career. Rowaished began his solo career in the early 1980's with the release of his first album entitled "Rihalti", which was released in 1983. Rowaished worked with many famous poets and composers such as Khaled El Sheikh.

Rowaished began his solo career in the early 1980's with the release of his first album entitled "Rihalti", which was released in 1983. Rowaished worked with many famous poets and composers such as Khaled El Sheikh. His first album achieved moderate success in the Persian Gulf region. Additionally, Rowaished rendered one of the songs from this album as a music video, one of the first music videos by an Arab singer.

Rowaished continued to release albums throughout the 1980s, with increased popularity with each release. In addition to becoming a regional success, his popularity expanded to other regions of the Arab world, including Egypt. During the early 1990s, Rowaished relocated temporarily to Egypt as Kuwait was invaded by Iraq. From there he continued his music career, including a short lived project with the famous Egyptian singer Mohamed Abdelwaheb. Unfortunately, Abdelwaheb died shortly after the start of the project.

After the end of the Persian Gulf War, Rowaished returned to Kuwait and continued with his music career He released several albums during the 1990s, usually one every year. In 1995, he signed a contract with the Saudi record company Rotana, which is owned by Prince Al Waleed Bin Talal. Rotana is the most popular record label for Arab artists. Rowaished's first album for Rotana was "Lummi Bishouq," which was released in 1996. Rowaished has released an album with Rotana every year since then. His latest album, entitled "Ma Fee Ahad Mertah," was released in June 2005, and has been a big success for him. To date, he has released over 30 albums, participated in concerts in many countries, including the United States of America, and Canada. He also has opened his own music conservatory in Kuwait, and operates a store as well.

In addition to singing and performing, Rowaished also composes songs for other singers. Some of the singers he has worked with include Reem, Samar, Ahlam, Adil Al Rowaished" his brother", among others.