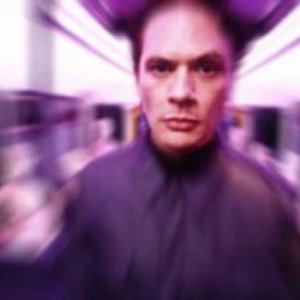 Dimmer eventually arose from the ashes of Straitjacket Fits - oh god I dunno - some time last century. Our first release was a buzzy little bee called 'Crystalator' which Sub Pop put out as a seven inch. It had a cool label and a big dj hole in the middle altho' I don't think djs were too interested at the time. Shortly afterwards - well a long time afterwards actually - we put out another single 'Don't Make Me Buy Out Your Silence' on Flying Nun.

It had a cool b-side called 'Pacer' which is probably the second cousin of 'Crystalator'. We'll have to play that one live again sometime cos it pretty much blistered.

I then retired to my shed and engaged in all manner of Pro Tools tomfoolery for what seemed like, and in fact was, an eternity. That resulted in the first Dimmer album "I Believe You Are A Star" released in 2001. It was an attempt to marry the organic with the inorganic which seemed like a new idea at the time. The then Dimmer drummer, Gary Sullivan, carved out these wooden letters G-O-N-E which we propped up behind the speakers as an on going reminder of what we were going for (we couldn't think of any anagrams) - but that probably accounts for that record's woozy vibe. The New Zealand Herald made that their album of the year don't you know? But I still like that record a lot.

We put out our second album - "You've Got To Hear The Music" in 2004. With that album we wanted to make a record you could clap your hands to, kinda like campfire music for warped little scouts. They even gave us some NZ music awards for that one tho' I think the first album's probably better. Last year I toured with my old band Straitjacket Fits in a one off reunion thing. It transcended the tired old fuckerys that usually surround such events and served as a reminder of how direct and pure a four piece can be - especially after years of pushing musical splinters around a screen. Which brings us to the third album "There My Dear" which has just been released. It's pretty good...

You've Got To Hear The Music CD2

You've Got To Hear The Music CD1

spot you in the crowd

I Believe You Are A Star