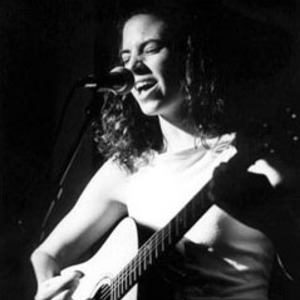 Best known as one-third of the female harmony Americana trio Red Molly, Abbie has listened to the sweet sound of high lonesome harmonies since her first bluegrass festival at three years old. Her father, Herb Gardner, is a swing jazz and stride pianist and dixieland trombonist. He introduced Abbie to one of her favorite vocalists, Billie Holiday, and continues to be a big influence on the musician she is and strives to be.

Abbie studied classical flute growing up, but once she started playing Dobro in 2004 she found her main instrument. She traveled to Lyons, CO and Nashville, TN to study with Rob Ickes and Sally Van Meter. Left to her own devices, without many Dobro influences near NYC, Abbie continues to develop her style by listening to other instrumentalists, such as David Rawlings, Ry Cooder and Bonnie Raitt. Always keen on following the vocal part and trying to find the one really perfect note, instead of a dozen okay ones, Abbie is quickly compiling an extensive discography of recording credits.

She recorded three full-length albums and one EP with Red Molly, the last of which spent several weeks in the Top 10 on the Radio & Records Americana Chart (Spring 2010). In 2008, She released Bad Nights/Better Days a duo record of original material with Anthony da Costa. The album was featured on WFUV's top 2008 album lists and has been described as a work of staggering emotional power. (Acoustic Live! in NYC, 2008)

Abbie's first full-length recording, My Craziest Dream? is an album of jazz standards featuring her father on piano. It earned her an entry in the 2009 Hal Leonard book The Jazz Singers: The Ultimate Guide and she continues to perform with her father, whenever possible.

Abbie has a strong throaty voice that's reminiscent of Wesla Whitfield's? she uses it to render evergreens from the 1920s and 1930s with a crew of guys who play like they were around when this music was the cat's pajamas. (Cadence Magazine, June 2004)

Abbie has been recognized as an award-winning songwriter, as well, with such accolades as; 2008 Lennon Award Winner (folk) for ?The Mind of a Soldier? and 2008 American Songwriter Magazine Grand Prize Lyric Winner for ?I'd Rather Be?. Her song ?Honey on My Grave? was also published in Sing Out! Magazine in 2008.

Abbie continues to tour with Red Molly, currently promoting their third full-length CD James. Her latest solo CD ?Hope? will be released in April 2011. It features 8 new original songs, 3 covers and three different types of slide! See the shows page for updates on the CD release tour with Craig Akin on upright bass and Abbie on dobro & National Steel guitar.

Honey On My Grave