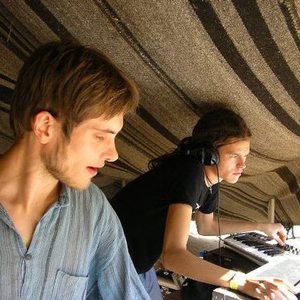 DigiCult consists of DJ Nemesis (Bert De Decker) and Alpha (Davy Piessens). Alpha had been producing all kinds of music for a long time, with interests evolving throughout the years from techno to trip hop. By teaming up with DJ Nemesis, who had been familiar for a long time with all aspects of psychedelic music, they formed the perfect duo to bring you their own interpretation of contemporary trance. Since 2003, they've been given the time to grow under the wings of Belgian organisation and label Dacru records (www.dacru.be).

Their style can be described as full-on morning with an oldskool touch, paving the way for a typical ?Belgian' vibe. Combining power bass lines with smooth melodies, their primary aim still is making you fly, at home or on the dancefloor ...

The particular energy in their melodies didn't go unnoticed by other artists and record labels. Their tracks have been remixed by top producers as Perplex and DNA. And their music has been spread on various labels: Avigmatic records (France), USTA records (Israel), Divine Balance records (USA), YSE recordings (UK), Namaha records (India) and of course Dacru records (Belgium). In August 2006 we saw the long awaited release of their first full album ?Avenida de B?lgica' in Avigmatic records (www.avigmatic.com). Their second full album ?Out Of This World' was released at Dacru records on March 6th 2008, and was well received worldwide. Check it out!