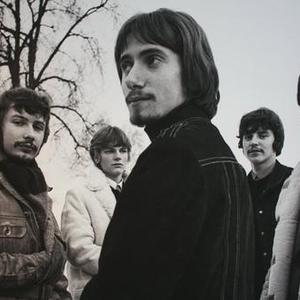 Few Norwegian pop groups can present a better debut than what Difference from Trondheim did in 1967. The group shocked their surroundings with the single "Tree of Love". 1967 was the year when flower power, hippies and psychedelica arrived. Albeit unconsciously, none marked this epoch as clearly as Difference. And of course it was in 67 that The Beatles released "Sergeant Pepper's", the Rolling Stones came out with "Their Satanic Majesties Request", Pink Floyd debuted with "The Piper at the Gates of Dawn", and Procul Harum came out with "A Whiter Shade of Pale".

Difference was a natural part of this epoch.

Difference originated as (a band called) The Sparrows from Buvika outside of Trondheim. They spent much time searching for a competent vocalist, and suddenly Tore Johansen appeared like a phoenix. He was, and is, an unusual vocal talent, and Difference acquired a unique sound. With now Gafseth pumping the organ in a way dwarfing Keith Emerson, and Mylius handling the bass as rock-steady as John Entwistle, the results had to be good. Difference raised the bar and laid down a standard which few bands achieved.

The group became regional champions, appeared on the television show Popcorn, and got specially made silk shirts.

1967 was the year everything went right for Difference. 1968 was a very productive year for the band, but on the 17th of May 1969 they went bankrupt (and had to disband). By 1974 they were back, and Difference kept going for the rest of the 70s.

With the release of the compilation "The Very Best of Difference" in 1995, it is time to revisit the group's musical high points. The songs are chosen from the three albums they released in the 70s, and show us what a fantastic band this was. They were able to create the bravest and most beautiful songs, in addition to doing their versions of familiar "covers". And they were possibly even better live. (List of songs they apparently played particularily well follows).