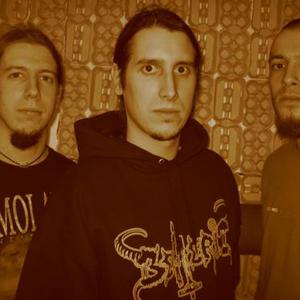 Formed in 1997 as a grindcore band Dickless Tracy soon became well known act in Slovenia and a couple months since they began their Grind Crusade abroad as well. They released tons of split tapes worldwide, contributed numerous songs for various compilations and they played a lot of shows in Slovenia, Austria, Croatia, Germany and Bosnia. Also some big festivals as Metal Camp 2004 and 2005, Metaldose, Metal Mania fest in Slovenia, Fuck The Commerce VIII in Germany and as a supporters for Necrophagia, The Crown, Benediction, Groinchurn when they were touring Slovenia and Croatia.