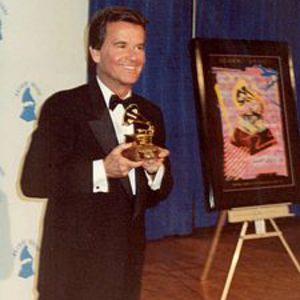 Richard Wagstaff "Dick" Clark (born November 30, 1929) is an American television, radio personality, game show host and businessman; he served as chairman and CEO of Dick Clark Productions, which he has sold part of in recent years. He is best known for hosting long-running television shows such as American Bandstand, five versions of the Pyramid game show, and Dick Clark's New Year's Rockin' Eve.

Clark was long known for his signature closing catchphrase, "For now, Dick Clark, so long!", and his good health and continued youthful appearance, earning the moniker "America's Oldest Teenager", until he suffered a stroke late in 2004. He is recovering and still needs the help from his wheelchair, but he is able to walk. With some speech ability still impaired, Clark returned to his New Year's Rockin' Eve show on December 31, 2005. Subsequently, he has appeared at the Emmy Awards on August 27, 2006 and the New Year's Rockin' Eve show on December 31, 2006, as well as on December 31, 2007.

JUST BLUES, Reflections of the Artistry of Gene Harris