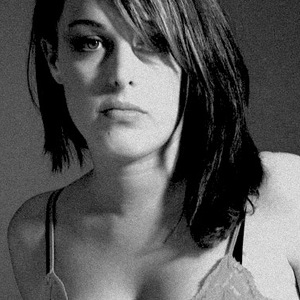 Since early childhood Diana Winter has experienced different languages and cultures and developed an early love of music. Growing up in a very musical family ?her mother is an accomplished classical pianist?as a child she listened to everything from Bach to Satchmo. She started early classical guitar studies at 10, focusing after some years on more modern guitar players such as De Moraes, Pernambuco, Brower, and Brindle. A curiosity for anything concerning self expression soon turned towards songwriting: she gave up the idea of the conservatory and wrote her first song at fourteen.

Her vocal training started in a Gospel Choir, and soon her models included Chaka Khan, Stevie Wonder, Sananda Maitreya, and Sarah Vaughan. The experience in Gospel contributed to Diana Winter's belief that in music, as in any religion, evocative power is the strongest alchemy that can take place between people. She tried to express this intuition in her first album ?Escapizm?. As a teenager, while performing in various local clubs, she started making her own way in the music business. Those years didn't seem to lead her anywhere, because she found it impossible to compromise with certain situations. She was discovered in 2004 by the arranger, guitarist and producer Fabio Balestrieri, and the result was her first album Escapizm.

The album was produced by Fabio Balestrieri for Kouyat? and recorded over two years in Italy, Belgium and the UK. The reason being the collaboration with Phil Gould, who co-produced Rain and Dream Alone, and much of the work took place in his cottage-studio in Dorset. The production was in line with the main idea of creating an album ?made of notes?-which reflects Fabio Balestrieri and Diana's wish for ?real? music- played in every single part with real instruments. This idea was developed at Hours by the Window studio, recording most of the instruments -including the frogs recorded at the stream-. Various talented musicians were involved in this debut album, to mention just a few: harmonica player Toots Thielemans, percussion player Miles Bould, double bass player Pino Pecorelli, keyboard player and singer Mike Lindup, bass player Yolanda Charles and Mirco de Grandis, string player Neil Black.The mastering of the album took place care of Martin Giles, at Alchemy Soho in London (see www.alchemysoho.com).
? ?in Escapizm, I wanted to tell stories about whatever I could imagine .?