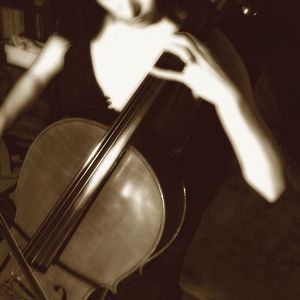 Diana Obscura creates spare, powerful, and evocative songs for cello and voice, which are influenced by early and avant classical music. She has played and recorded with The Living Jarboe (Swans) and neo-classic/medieval trio Aphelion. The most recent CD release was recorded as a live soundtrack for the art of EK Huckaby. She is currently featured on the soundtrack of the independent film Ashtide, playing with the Hungry Flower Gamelan, and working on a full length ambient CD.