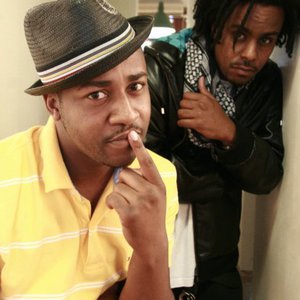 Diafrix is one of Australia's most explosive and eclectic live acts. Following on from their hugely successful EP in 2006, their debut album Concrete Jungle has taken Diafrix's iconic concoction of African rhythms, dance hall, funk, Australia hip hop and reggae and developed it into a truly world-class product while still maintaining the same raw energy they've carried since they formed in 2001. This trademark style transcends any specific genre to create a totally unique, but entirely harmonious sound.

The group ? which heralds from the sketchy Melbourne, Victoria suburb of Footscray - comprises two frontmen, Momo and Azmarino. Both are African refugees but have lived through struggles which are worlds apart. Momo arrived in Australia with his family at the age of three after fleeing their homeland of the Comoros Islands. His background and culture left him feeling isolated in a community which was not yet accustomed to African migration. Azmarino, on the other hand, originally hails from Eritrea and arrive in Australia earlier this decade after a life of hunting citizenship throughout countries like Jordan, Italy and Switzerland.

Throughout their extensive career in the live circuit, the boys have made their stamp at festivals like Big Day Out, Meredith, Good Vibrations and Falls Festival to name but a few, and held down infamous residencies at Melbourne haunts like The Evelyn. In early ?09, Diafrix undertook their first European tour, playing in packed-out intimate venues in cities like Paris, London and Amsterdam.

The duo are joined by Ptero Stylus, a young producer from the Blue Mountains who has helped shape their worldly signature sound.

They have been added to the lineup of the Pyramid Rock Festival in Phillip Island over new years eve 2009 and are sure to get the crowd pumping when they hit the Pyramid stage!