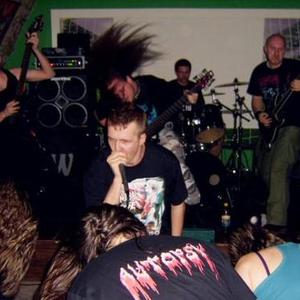 The band is banned in Belarus due to anti-goverment lyrics.

How four young men coincidently came together and decided to conquer the World with their music. It still is a topic of discussion among the members of the band Deviation: Who is John?

Through the years Thijs, Andrew, Jur and Leon have all developed their thoughts about it, but finally came to the conclusion that they'll never find the answer. Yet, they all remember it like it happened only yesterday. It was a midsummer night. One got a phonecall, the other a text message: number unknown. But the message was the same: exactly 24 hours after the message they had to appear at a location somewhere in the middle of the Netherlands. Sender: John.

Of course, these guys could have stayed at home. But the curiosity won. 24 hours later they stood in an abandoned building in Utrecht. But Thijs, Andrew, Jur and Leon, who had never spoken or seen each other till that day, only found each other. There was no trace of John.

Because they were the only ones there, they started a conversation. What started as quick acquaintance, soon turned in to a heated discussion about music, rockmusic. Hours passed in the abandoned building, when suddenly the purpose of their gathering struck them.

It was Leon who mentioned that he played the bass. A short silence followed, everyone was flabbergasted. As if it was mend to be: four men, four instruments, only one thought: Rock with a motto: ?No compromises, no references, no encores.'

Was John a talent scout with amnesia, a casting goeroe with a flat tire and a broken cell phone or maybe a higher entity who helped these guys find their purpose in life? Fact is that Thijs, Jur, Leon and Andrew were inseparable and form a band since that summer day in 2004. A band name was easy to find: The-via-John band, but soon this changed into the smooth sounding Deviation.

In 2007 the first tangible proof of Deviation was recorded, the split-single: ?It's only getting better?. It already received airplay on national stations 3FM and KinkFM, as on local radio stations and a well know online music magazine elected it as the second best song from Utrecht in 2007! In 2008 the EP ?A gentlemen's agreement' was recorded, containing four excellent power rock songs. This will only exceed their last result!
John would be proud?