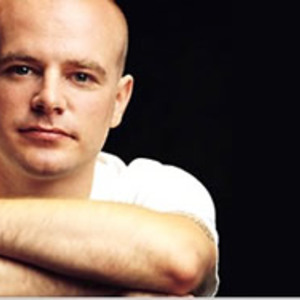 Derek Walsh Webb (born May 27, 1974 in Memphis, Tennessee) is a singer-songwriter, and a part-time member of the band Caedmon's Call. In 2003, Derek left Caedmon's Call to pursue a solo career with the exception of occasionally still touring and singing with them. His first solo album, She Must and Shall Go Free is notable for causing controversy in Contemporary Christian Music circles; some Christian retailers refused to stock the album for its use of "strong" language.

Two songs were the basis for controversy. The first was Wedding Dress in which Webb compares Christians who seek fulfillment in things outside of Christ to a person committing adultery. An introspective tune, Webb writes that "I am a whore I do confess / I put you on just like a wedding dress". The second song that generated controversy was Saint and Sinner where Webb wrote" "I used to be a damned mess but now I look just fine, 'Cause you dressed me up and we drank the finest wine". The word damned was removed from the final version of the album, at the request of two major Christian retailers.

His second solo studio record, I See Things Upside Down, generated mixed reviews. All marketing to the typical Christian music stations used by his first solo album and his albums with Caedmon's Call was stopped, though the album still has explicitly Christian lyrics. In comparison to Webb's previous work, this album has what's been referred to as an "experimental" style to it, and has been compared to the music of Wilco in that respect. His third studio album, titled Mockingbird, was released on December 26, 2005. On September 1, 2006 he decided to offer the Mockingbird album, for free to download, at http://www.freederekwebb.com/. "|He| want|s| people to have a chance to listen to mockingbird and engage in the conversation (many sensitive issues including poverty, war, and the basic ethics by which we live and deal with others). So this is why, on september 1st, |he| launch|ed| freederekwebb.com, a place where anyone can go online and not just hear but actually download, keep, and share 'mockingbird' completely free. In addition, freederekwebb.com will give you an opportunity to invite your friends to download 'mockingbird' in order to get them in on the conversation as well." This website is no longer running, but Derek Webb has expanded on this idea at www.noisetrade.com, where you can download both his and other artists albums for free or a donation.

Webb's fourth proper studio album The Ringing Bell was released May 1st, 2007. In what many have noted to be Webb's penchant for shifting radically in terms of style from album to album, The Ringing Bell recalls very clearly Beatles-esque pop in a concise, 30 minute, package. It was received with wide praise, with Paste Magazine's Deputy Editor Jason Killingsworth giving the album five out of five stars (The Ringing Bell would prove to be the only album of 2007 to officially receive a perfect score), and receiving placement on their best of list.

In April 2008, Webb released The Ampersand EP. Webb recorded the six-song EP with Sandra McCracken, his wife. The songs focus on the couple's relationship, and Webb and McCracken duet on many of the songs, including a cover of Bob Dylan's "If Not For You." It marks the first time the couple has produced an album together, because even though their styles are similar, "[W]e approach songwriting from completely opposite directions. I'm very conceptual and abstract," McCracken said. "And Derek is very meticulous and intentional. Down to each and every conjunction."

She Must And Shall Go Free