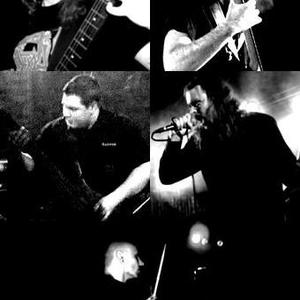 Demiurg is the spawn of Paganizer/Ribspreader main man Rogga Johansson. The band was conceived early 2006 and was initially meant to be another outlet of primitive death metal. The concept however evolved into something way more unique and exciting. During the process of writing material a plethora of non death metal elements drew their part to the outcome. Together with the obvious brutality and groove found in bands like Bolt Thrower...

During this process the need of a capable bass player arose as the material would benefit greatly from playing beyond the usual simplistic basslines of much brutal music. Invited into the project was then Johan Berglund from Swedish modern metal act This Haven, as he had the talent and chops to add the most challenging basslines. Inspired by such greats as Death and Sadus he went to work and during a few weeks added his amazing work.

From the start of this project the legendary musician and producer Dan Swan? (Edge of Sanity/Nightingale) was enrolled to produce the album as well as play the drums. As needed most drumming has a touch of old school brutality but the material at times also called for an almost jazz inspired style which Dan handled without any problems. The material on the album displays the evolution of old into new within the somewhat limited scene of extreme death metal. This album is for sure the epitome of simplicity mutated with superb craftsmanship.


There are at least four other bands named Demiurg along with the new Johansson/Swan? project.

A Czechoslovakian death metal band from the late 90s.
A German gothic black metal band with two demo releases to their name.
A Polish raw black metal outfit with current and ex-Moontower members: Belial (vocals, guitar) and Amaimoon (guitar, keyboard, drums programming). Formed in 1999 at Walbrzych (Poland).
A Russian thrash/death band with only one full-length release.

Breath of the Demiurg

From The Throne Of Darkness