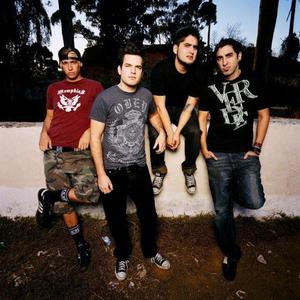 Hailing from Tijuana, Mexico, Delux broke onto the ever-growing international punk-rock scene in the summer of 2000. With undeniable southern California punk rock influence and 80's new wave roots, delux brings an infectious array of melodic rock hooks, sing along choruses and electrifying energy to every show. Thanks to heavy touring (12 tours, 350+shows) since late 2003 in the U.S. and Mexico, Delux formed a strong stateside fan base and has become a one of the most influential rock bands in their native soil.

Delux was nominated as BEST NEW ARTIST at the 2005 MTVLA VMA's and has recently been named by Alternative Press as 1 of 100 Bands that will help restore your faith in music this 2008.