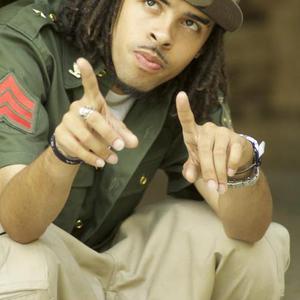 Often described as ?a mix between Lupe Fiasco and T.I.?, Dee-1 is one of the few Hip-Hop artists who specialize in making music that appeals to the masses without sacrificing an ounce of lyrical integrity. Born & raised in the heart of New Orleans, Dee-1 shared the same struggles as the legendary artists that put the 504 on the map, but he is determined to represent the city with a different viewpoint by using insightful and thought provoking rhymes in his music.

After graduating from Louisiana State University with a bachelor's degree, Dee-1 began teaching middle school in Baton Rouge by day to help fund his music projects. The strong bond he formed with his students inspired him to be a powerful leader, but it also made it hard for him to leave. As his buzz as an artist continued to grow, he finally decided that his passion for hip hop was too much to ignore and that being "Dee-1" gave him a much larger platform to be heard than being "Mr. Augustine." Sleepless nights being a full time teacher and part time rapper were now replaced by sleepless nights being a "full time dream chaser," as chronicled in his courageous song "The Announcement." It is impossible to box Dee-1 in because he is truly one of a kind. No, he does not use profanity. Yes, his subject matter is bold and unapologetic. With Dee-1, its more than just music. Its about a lifestyle, a frame of mind that empowers people to live with purpose and to maximize their potential- that's where Dee's nickname "The One Man Army" comes from. "Everyone has a mission, and everyone is their own One Man or One Woman Army. Together there's no stopping us," says Dee.
Having already built a solid street buzz with his mixtapes Still We Rise and I Am Who I Am, Dee-1 has catapulted to another level with the release of his critically acclaimed independent album "David & Goliath," which is available on iTunes, dee1music.com, and select Best Buy stores. "David & Goliath" was nominated for Hip Hop album of the Year by Louisiana's #1 music publication, Offbeat Magazine. From top to bottom, the album contains timeless bangers fully equipped with Dee-1's N'awlins accent, clever rhymes, and catchy hooks, mixed with his untouchable swag. The world famous producer Mannie Fresh even gave
Dee a personal phone call praising him after hearing his music. Dee-1's latest project, ?I Hope They Hear Me!,? is a mixtape packed full of potent punchlines and quotable lines, and expresses the latest evolution of the Dee-1 brand.
Most recently, Dee-1 has performed alongside nationally touring acts such as Lil Wayne, Lupe Fiasco, Drake, Trey Songz, Akon, The Roots, Mya, The Clipse, Musiq Soulchild, Fat Joe, Lil Boosie, Juvenile and more. Dee-1 also became the first hip-hop artist ever to win the annual Louisiana State University ?Battle of the Bands Contest.? The charismatic MC also has performed and collaborated with Dr. Rani G. Whitfield M.D., a.k.a. ?Tha Hip-Hop Doc? and frequently mentors youth alongside the board certified physician on the lecture circuit. Their dynamic partnership ultimately led to major news outlets like CNN and Billboard Magazine picking up on their story. Dee-1 recognizes that his music resonates with almost anyone ?first and foremost because its real?, and as Dee-1 says ?that's why people from the hood all the way to the classroom feel it.? Dee-1's music creates an atmosphere that welcomes all listeners from nearly any background. His positive message extends well beyond the stereotype of the traditional conscious rapper, because as he says,?real recognizes real.?
If you have never seen a live Dee-1 show, you're missing out! Dee has the rare ability to perform in nearly any environment, from arenas to nightclubs to schools to churches; and the response is always the same. Outstanding! As Dee-1 says ?When I win over an audience, I feel that's more of a testimony than just bragging on how good I am. I'd rather prove it to you.? All of this progress has left Dee-1's die-hard fans asking "What's next?" No one knows for sure, but as his fan base continues to grow throughout the nation, Dee-1 is certainly poised to become one of Hip-Hop's next great superstars. However, don't expect him to get satisfied anytime soon.
Ask Dee-1 how he feels and he'll explain it in his classic words... "and the battle continues...".