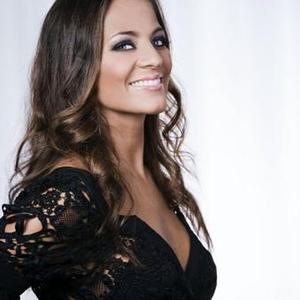 1. Career With hits like Party, My lover, Get to you and Everybody, DeDe has released four albums, TBA (1995), I do (1997), Metaphor (1999) and Like A Queen 2002, these sold over 500.000 copies. DeDe was the only Swedish artist in Michael Jackson's opening act in 1997 at Ullevi stadium in Sweden. With more than 500 000 albums sold, she has worked with world-class Pop producers and songwriters such as Anders Bagge (Madonna, Jennifer Lopez, Celine Dion), The famous Cheiron Team: Max Martin, Per Magnusson...

DeDe was the only Swedish artist in Michael Jackson's opening act in 1997 at Ullevi stadium in Sweden. With more than 500 000 albums sold, she has worked with world-class Pop producers and songwriters such as Anders Bagge (Madonna, Jennifer Lopez, Celine Dion), The famous Cheiron Team: Max Martin, Per Magnusson, David Kreuger & Andreas Carlsson (Celine Dion, Britney Spears, n?Sync, Backstreet Boys among others), Sean Barney Thomas (Dr. Dre, Snoop Dogg) and others.

DeDe was contracted to Sony Music for five years (1994 - 1999). She was contracted as an exclusive songwriter to Air Chrysalis Scandinavia AB since 1993-2001. During this period she had had huge success as an artist/songwriter worldwide. Her albums has been released in important territories such as Japan, Southeast Asia and Scandinavia.

On November of 99 I went to Japan to do a show along with Diana King in the Tokyo Dome for two consecutive days. 100 000 people were watching those shows. The end of 99 brought a new challenge for DeDe, she started of her own label and by July of 2002 she released her fourth album in Japan (through Epic) under the title ?Like a Queen?. 2003 saw the release of three singles as well as her first DVD collection.

In 2007 she released her single ?Turn you on? feat Pras Michel (Fugees), a great sucess.

In November 2007 she did a tour together with Pras Michel in Estonia, Letvia, Finland, Denmark and Sweden. In December 2007 (13th & 15th) she did two shows at the biggest clubs in Beijing, Club Mix and Club Cargo. In december 2008 DeDe wrapped up her first live-band tour in China, a great success.

After ?Turn you on? made it to the top ?2, she's once again collaborates with Ghetto Superstar ?Pras Michel?.

DeDe started her carrier as a dancer & backup singer and toured around the world between 1989-1994 with Dr.Alban, Melodie MC and the famous dance group Culture Beat (Mr. Vain). During her last year with Culture Beat she signed her first record deal and recorded the album TBA (Totally Bombastic Anecdotes) with Sony Music Sweden under her nick- name DeDe. Her second single (Party) opened up the market in Japan and her first album TBA went gold within a month.


2.
DEDE is an American dream pop and post-rock duo formed in 2009 in Brooklyn, NY, consisting of singer and Wisconsin native Deanne Reynolds (born 24 August 1982) and Seattle native Tim Kvasnosky. Their music was featured in a psychedelic national Friskies commercial the aired initially during the Winter Olympics of 2010

The band formed in 2009, composed of Tim Kvasnosky on keyboards and Deanne "Dede" Reynolds on vocals. The band's song "My Secret Sweet" was featured on the 1st episode of IFC's "Dinner with the Band" in April 2010

From The Fields of Boaz (EP)