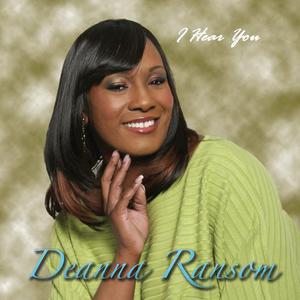 Deanna Ransom is one of Gospel music's most vibrant and anointed voices. Originally from Glassboro, New Jersey, Deanna began her singing career with her family group, The Heavenly Children at the age of 7. Throughout her formative years, she continued singing with her family and being molded in ministry by her mother Evangelist Jean Johnson and her grandmother Pastor Dolcie Alston. Influenced by all genres of music, Deanna's music reflects the influences of artists such as Mahalia Jackson, The Clark Sisters...

Influenced by all genres of music, Deanna's music reflects the influences of artists such as Mahalia Jackson, The Clark Sisters, Eath, Wind and Fire, Nina Simone, Billie Holiday, Sara Vaughn, Donnie Hathaway, The Hawkins Family, The Andrews Sisters and more.

Deanna's first solo CD, Never Say Never, garnered her the Independent Female Artist of the Year in 2005 and featured radio play favorites ?What A Friend?, ?You Bring Me Joy?, ?Hallelujah? and the title cut ?Never Say Never?. In addition, ?Rise Sister?, a duet with the incomparable Ms. Melba Moore became a woman's anthem and the theme of a successfully touring women's conference.

Deanna was also featured on the Christmas compilation project released during this recent holiday season entitled, Holiday Soul and did a special guest appearances on the Kelly Lynn and G.O. CD Greater Force on the track ?Take the Time? and Fulfilled Prophecy's CD For God I'll Live, For God I'll Die on the track entitled ?I'll Get There.

Deanna's upcoming sophomore solo CD, entitled Mercy & Kindness will be released in September 2009, and features the soon-to-be praise hits ?He's Good? and ?Oh Yeah? and worship anthems ?I Hear You?, ?Trust In Him?, and ?That Name?. In collaboration with TOC Records, Mercy & Kindness features music produced by industry veterans Vernelle ?Dooder? Mincey and MontKeyz. Deanna wrote the entire album reflecting the depth and range of her talent, writing skills, and arrangement capabilities. Mercy & Kindness delivers joy, praise, love and pure worship and is a representation of Deanna's artistry and ministry.

Deanna holds an MBA in Marketing, a Bachelors Degree in Communications, and is a licensed and ordained Evangelist. She has had the privilege of sharing stages with Yolanda Adams, Dorinda Clark-Cole, Allen & Allen, and Rev. Timothy Wright to name a few and counts her life as most blessed because of Christ. This anointed minister singer/songwriter/producer/ /wife and mom knows that her life is proof that God's grace is sufficient no matter what comes.