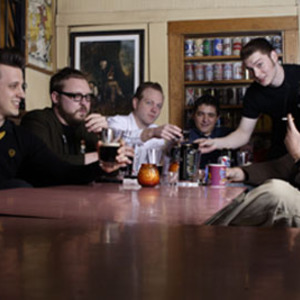 What do you get when you mix the chugging rhythms of Jamaica, the energy and emotion of American Motown, and the overthe-top pub/rock of the Pogues? Now in their 14th year, Deal's Gone Bad is touring extensively with its strongest and most consistent line-up in its history. With elements of ska, rocksteady, reggae, and American soul, DGB is sure to please on the dancefloor as well as on their fourth release to date, ?The Ramblers? on Megalith and Jump Up! Records (March, 2007).

Although the band draws its influences from classic Jamaican (Desmond Dekker, Jimmy Cliff, Ken Boothe) and American (Otis Redding, Sam Cooke, The Temptations) artists, the sound is a uniquely modern combination, unlike anything else on the scene today. Deal's Gone Bad will appeal to fans of both soul and Jamaican music, as well as anyone looking for a turn on the floor or a song in their hearts. While ?The Ramblers? is a testament to the strength of the songwriting, as well as the close-your-eyes-and-its-Otis voice of Todd Hembrook (his first record with the group), it is in live performance where the boys truly shine. Deal's Gone Bad shows are a combination of soul rave-up and island dance party, with the force and energy of any punk band worth their salt. Lace up your dancing shoes and slip into your sharpest suit or pencil skirt, Deal's Gone Bad is coming to your town so get ready!

Large And In Charge