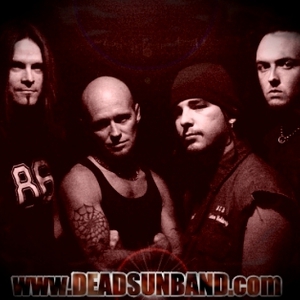 Deadsun plays Alternative metal/hardcore. they combine heavy emotional rock with a unique blend of aggression. Deadsun was formed in November 2001, by guitarist Rex Arthur, drummer Adam Hempseed and singer Todd Cadorette. In 2004, Dee Adman (former bassist from Medicine Man) joined the band. After a year and a half they went into the studio with engineer producer Jim Lightman, to create their first full CD: 'Degenerate Matter'. They continued to build on the succes of the album with their second release: 'Falling Away'.