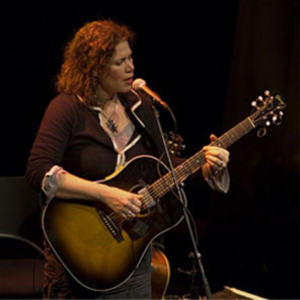 Dayna Kurtz is an American female singer/songwriter who is reknown for her warm and dark voice. She writes about love but also makes political statements (f.e. in "The Day of Atonement, 2001" off her record Another Black Feather). So far she made three records. The debut album Postcards From Downtown (2002) is considered a classic record in the singer/songwriter genre. Her last record, Another Black Feather (2006), is a masterpiece as well, with amongst others very original covers of Bill Whithers "Hope She'll Be Happier" and "All Over Again" of Johnny Cash.

Dayna Kurtz' singing is deep and dramatic, at times hair-raisingly intense, on songs that touch on folk, alt-rock, classic crooner pop, and even cabaret jazz. Her strong, soulful guitar work underpins the arrangements, which skillfully add strings, accordion, and such things as "weird ass ambient guitar" without obscuring the basic sound of the solo troubadour. Those drawn to the dark shades of Tom Waits, Chris Whitley, and Amy Ray will find much to admire in her music.

Another Black Feather.... For The Wings Of A Sinner