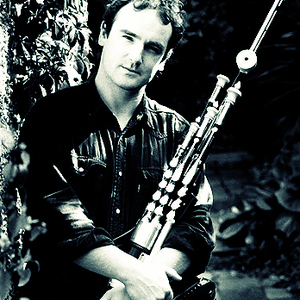 Davy Spillane is a player of the uilleann (Irish) pipes and the low whistle. Born in 1959, he began his musical career at the age of 16, but didn't begin releasing studio albums until 1988 with his debut album Atlantic Bridge. Shortly after its release he formed the Davy Spillane Band under which name he released Out of the Air, a departure from much of his solo work in that it maintained a traditional feel but was heavily influenced by blues and rock, including several guest performances from the legendary guitarist Rory Gallagher.

The band featured heavily in the albums which followed Out Of The Air, including Shadow Hunter and Pipedreams. In 1993 he was signed by Sony and released several albums with a more ambient feel including A Place Among The Stones which brought him more mainstream critical acclaim.

A Place Among The Stones