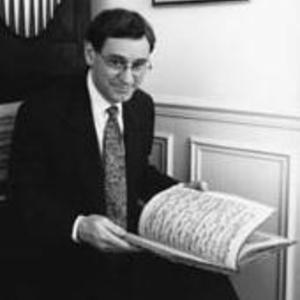 Davitt Moroney (born 1950) is a British-born musicologist, harpsichordist and organist. His parents were Irish and Italian. He performed his undergraduate and graduate studies in musicology at King's College London, the faculty of which included Thurston Dart, a great influence on the world of early music. Moroney later pursued advanced harpsichord studies with Kenneth Gilbert and Gustav Leonhardt.

Moroney also holds performance and teaching diplomas (1974) from the Royal Academy of Music and the Royal College of Music. After earning his Ph.D. in musicology from the University of California, Berkeley in 1980 with a thesis on the music of Thomas Tallis and William Byrd, he returned to Paris and worked mainly as a freelance performer until returning to the United States to serve on the faculty at UC Berkeley in 2001.

After leaving Berkeley, for twenty-one years he was based in Paris, working mostly as a freelance recitalist in many countries. For his services to music he was named Chevalier in "Order of Cultural Merit" by Prince Rainier III of Monaco (1988), and the French government named him Officier in the "Order of Arts and Letters" (2000). He returned to Berkeley as a Professor in August 2001. He is also University Organist.

He has given the first modern performances of much repertoire; the Livre de tablature de Clavescin by Marc Roger Normand Couperin of Turin, whose works he identified in 1997, the complete organ works of Louis Couperin and a newly-discovered autograph manuscript of harpsichord music by Henry Purcell.

He has recorded Bach, Biber, Couperin, and others. He has recorded the complete keyboard music of William Byrd (see also: My Ladye Nevells Booke and The Fitzwilliam Virginal Book), published on Hyperion Records, which he performed on harpsichord, chamber organ, church organ, clavichord, and muselar.

He has published critical editions of the work of various baroque composers, including a keyboard edition (and his own recording) of Johann Sebastian Bach's The Art of Fugue that contains his own completion of the final unfinished fugue. He has also rediscovered the 40 and 60 part mass Missa sopra Ecco s? beato giorno by Alessandro Striggio, lost since the 17th century, of which he conducted the first performance since the 16th century on 17th July 2007 at the BBC Proms.