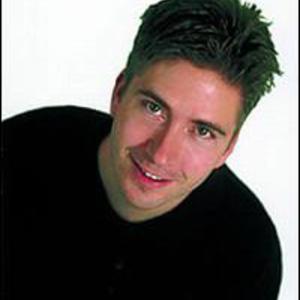 A gentleman unafraid to admit his mother's influence in his life, David H. Tolk is a pianist and keyboardist highly esteemed by his peers. The son of a mother who is a graduate of the Juilliard School of Music and a father with a doctorate in Physics, Tolk was exposed to an academic environment that included piano instruction by his mother. Talented enough to be a musician for a living, he instead chooses to balance a dual career as lawyer and musician. He admits enjoying both. ?I very much enjoy combining a career in music with a career as an attorney.

These two fields have blended quite well to create a wonderful harmony in my life," Tolk says in an online interview. ?People always ask when I will give up being an attorney to pursue music full time. My music is a reflection of my life, my travels, my family and my experiences. I will continue to seek to maintain a balance among all of those different areas."

Finding a harmonious balance between his careers and his family is an important part of his life's melody. Married to Lisa, David has two daughters and one son. Apparently he's successful in achieving the balance as artists he's worked with describe him as a classy guy. Independent recording artist Peter Breinholt says that Tolk has ?unreal" musicianship, ?but it's been his personality that has endeared the band (Big Parade) and the audience the most to him. He's a huge part of what we do now, and his wit and integrity are part of why he's been able to have success with his own albums, I think."?As a person," says Colors member Russ Dixon, ?David is one of the most sincere individuals I know." Tolk plays piano, synthesizers and acoustic guitar in the band Big Parade, his studio work and on his own albums; but the piano is his first love. His mother's influence included intensive exposure to classical masters and his compositions reflect this as they are a blend of New Age and Contemporary Instrumental genres.

Davids' educational background includes a Bachelor of Arts degree in English Literature from Brigham Young University, and a degree in law from the University of Utah. As of 2002, he and his family made their home in the foothills of the Wasatch Mountains near Salt Lake City, Utah.

Carol Of The Bells - Single

Stories in the Sky