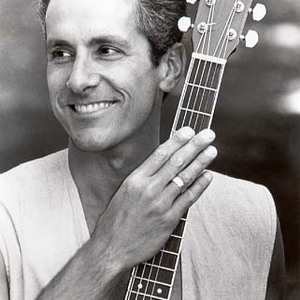 Singer-songwriter David Roth strikes many chords, hearts, and minds with his unique songs, offbeat observations, moving stories, and powerful singing and subject matter. Since emerging from a couple of nationwide fields of several hundred songwriters to take top honors at the Kerrville (TX) and Falcon Ridge (NY) Folk Festivals, the Chicago native (and two-time national anthem singer for the NBA's Michael Jordan-era Bulls) has garnered accolades for his performances, workshops, writing, and recordings.

Featured on many of Christine Lavin's Rounder compilations, the former artist-in-residence at New York's Omega Institute has also been a songwriting judge at Kerrville, Napa Valley (CA), Tumbleweed (WA), Eventide Arts (MA), and the South Florida Folk Festival. In addition to singing ?Earth? at the 40th Anniversary of the United Nations, David's ?Rising in Love? was performed at the 100th Anniversary of Carnegie Hall in 1991, and ?Manuel Garcia? and ?Nine Gold Medals? both appear in the best-selling Chicken Soup for the Soul series by Jack Canfield and Mark Victor Hansen. Noel Paul Stookey (of Peter, Paul & Mary) has performed David's ?Spacesuits? on PPM tours and produced ?If You Can't Fly? (written by David and Chuck Pyle) for his 2002 children's album ?World Around Song?. In 2007 David was invited to NASA's Goddard Space Center to give a presentation in their ?Exploring Leadership Colloquium? (other presenters: Nobel Peace Prize winners, Tour de France Champions, Olympic Gold Medalists, Senators, Congressmen, and Cabinet members). His song ?Rocket Science? (written for the occasion) is slated for a trip into space on a NASA mission in 2008. The BOSE Corporation includes ?Taller Than My Hair? and ?Five Blind Men? on their ?best of new folk? compilations, and David has recorded 8 CDs of his own on the Wind River label (with 's 9 and 10 in Germany on Stockfisch Records). He's been living on Cape Cod since 2000 after 8 years in Seattle. www.davidrothmusic.com Wearing his ?musical community catalyst? hat, David also teaches singing, songwriting, performance, and ?team-building through humor and song? at conferences, trainings, corporate retreats, and music camps (including the Augusta Heritage workshops (WV), Puget Sound Guitar Workshop (WA), Common Ground on the Hill (MD), Rowe Center (MA), Swannanoa Gatherings (NC), Pendle Hill (PA), Lamb's Retreat (MI), Wisconsin Stringalongs, the National Wellness Institute (WI), and Summersongs (NY). "David and his music will touch you to the very depths of your soul. He'll make you laugh and cry, inspire you to rise and fly..." Jack Canfield, co-author, Chicken Soup for the Soul

Meet You Where You Are

Will You Come Home

Another Side of David Roth

If You Can't Fly

Digging Through My Closet