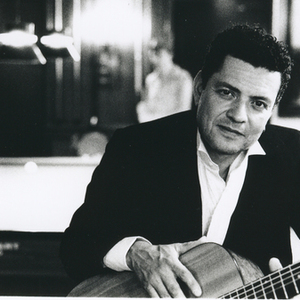 AMERICANA BY WAY OF THE NETHERLANDS RECOVERY RECORDINGS RELEASES PROUD HEART ? possesses a finely honed eye for lyrical detail while remaining faithful to his Texas musical roots.? ?Jim Caligiuri, Austin Chronicle ?If lyrics are your thing, it doesn't get much better than this.? -William Michael Smith, Texas Music ?All told this album is a near classic? is a must for any music collection.? -Shaun Harvey, Americana Roots.Com

?If lyrics are your thing, it doesn't get much better than this.?
-William Michael Smith, Texas Music

?All told this album is a near classic? [Proud Heart] is a must for any music collection.? -Shaun Harvey, Americana Roots.Com

?This work is a beautiful effort and a welcome return for his fans.?
-Dave Miller, North of the Border

?[David Rodriguez] is a detour well worth the trouble.? ?Butch Hancock, Songwriter


Recovery Recordings announces the release of PROUD HEART by Texas expatriate singer/songwriter, David Rodriguez. PROUD HEART is Rodriguez' first CD released in the United States in over ten years. Produced by noted Dutch bandleader and songwriter, Ad Van Meurs, aka The Watchman, PROUD HEART, was recorded in the Netherlands in the southern town of Eindhoven and mastered in the United States in Houston, Texas. The CD contains 14 tracks; 12 new ones penned by Rodriguez, one by Van Meurs, and one by Italy's poet laureate, Luigi Grechi.

Known as a songwriter's songwriter, Rodriguez' body of work remains highly praised by both songwriters and industry insiders. "He's the best still-living singer/songwriter today," testifies producer Van Meurs. During his musical career, Rodriguez has collaborated and shared the stage with Nanci Griffith, Dar Williams, Ani Di Franco, Eric Taylor, Michelle Shocked, The Very Girls, Lyle Lovett, and his daughter, Carrie Rodriguez. However, it was Lovett who paid Rodriguez the highest compliment one songwriter can pay another by recording the Rodriguez composition, "Ballad of the Snow Leopard and the Tanqueray Cowboy," for the 1998 Lyle Lovett double CD, STEP INSIDE THIS HOUSE. "Ballad of the Snow Leopard" was also included in the soundtrack of the Lawrence Kasdan movie, MUMFORD, distributed by Touchstone/Disney .

Rodriguez is also known for his collaboration and long-time friendship with Grammy Award winner, Lucinda Williams. On a previous Rodriguez album, he and Lucinda shared a duet on the poignant Woody Guthrie ballad about the plight of migrant farm workers, "Plane Wreck at Los Gatos" - a favorite still today of radio music directors and folk-music program hosts. During a recent concert in Holland, Lucinda Williams told an audience at Amsterdam's massive Paradiso club of which David was seated, "I'm a little nervous? I'm in the presence of genius because my friend David Rodriguez is here tonight."

Living in self-imposed exile in the Netherlands since 1994, when he decided not to return home after a European tour, this former Austin resident last took the stage in the United States at the 1995 Kerville Folk Festival [in Kerville, Texas]. However, the enigmatic songwriter left for Europe soon after his performance and hasn't returned since.

PROUD HEART is an album about a man who is torn between the loss of the love of friends and family he left behind in his native Texas, and the hope and optimism he holds for a bright new future in the lowlands of Holland that's extending him the opportunity to reinvent himself and start life over again.

Distributed in the Netherlands by: Sonic Rendezvous, www.sonic.nl

Distributed in the United Kingdom by: Cadiz Music, www.cadizmusic.co.uk

Copies can also be purchased on-line at: www.cdbaby.com/cd/rodriguezdavid

Digital file downloads can be purchased at: www.itunes.com